Hello folks happy Friday! Nope, it's not 0.5 yet but don't worry it's coming just a little bit more patience. In the meanwhile we are back with our regular updates for you, so kick back, relax and enjoy.

It's been a while but fret no further, the single BB doors are making their return. Weather you want to make a whole maze system, make an escape route or just don't want people entering with vehicles. 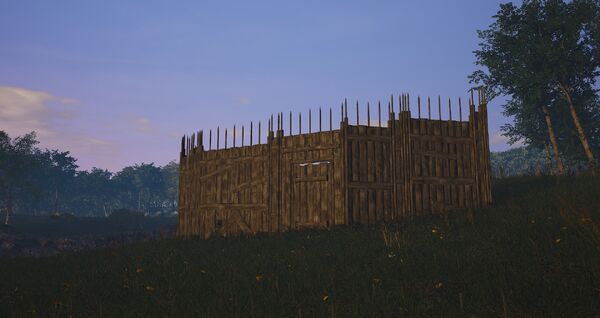 And yes these new doors are upgradeable! 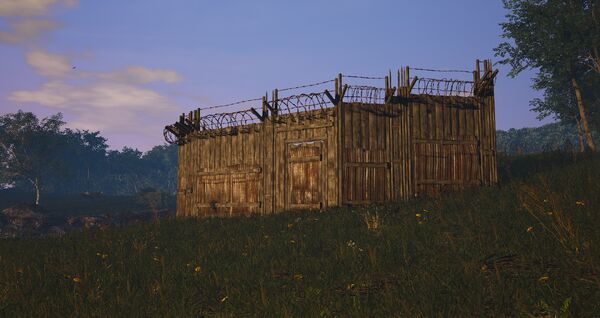 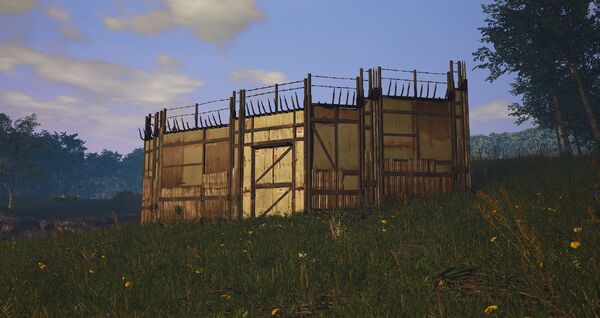 As you might've already seen in an announcement made, we have changed the way locking doors work. Instead of just having 5 slots free willy nilly, it is now divided into sections: 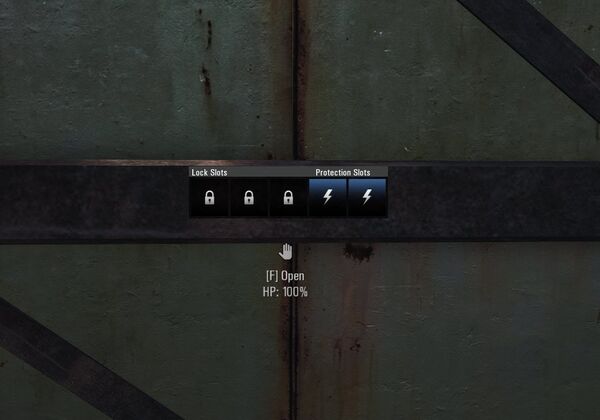 This was setup due to balancing reasons. Originally there were always 3 locks maximum planned for the doors.

Some major changes coming to the cargo drop. 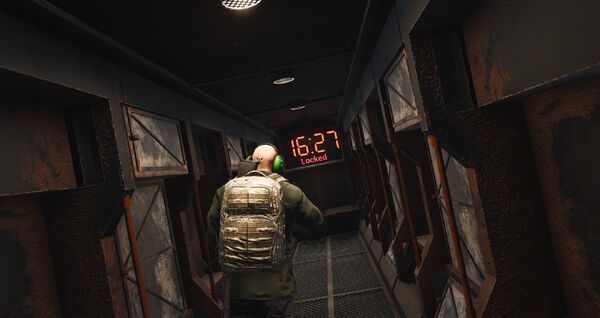 From now on you will see a screen on the cargo drop giving you a timer of how long you got before the drop goes kaboom. Why is this important? Well from now on all lockers inside cargo drops will be locked. That's right, from now on you won't be able to just rush it get all the gear grab it and run off in 1min. Need to put the effort in. However, when the timer hits 25 seconds all lockers will automatically get unlocked. So you still have time to grab something and run.

Now you might be thinking: "I don't like lockpicking, these changes seem to be a bit harsh."

Well finally we have a solution for you.

Crowbar lock breaking can be done only on lockers on the island ( in police stations, inside bunkers, cargo drop lockers).

So what else do you need to break those pesky locks? Well the action is tied to the STR stat and Thievery skill. Higher those numbers are the quicker you will get it open, but if those 2 are too low don't worry you can still get it open, it just takes a bit longer. Also be careful about the noise there, breaking locks is not exactly a ninja thing to do.

Breaking locks this way will damage your crowbar and the contents of the container.

Gone are the days of endlessly drinking from wells!

Now why does that matter you ask?

Because now you can do so much more with your bottles instead of drinking them and throwing them away. You can now transfer liquids between different containers! 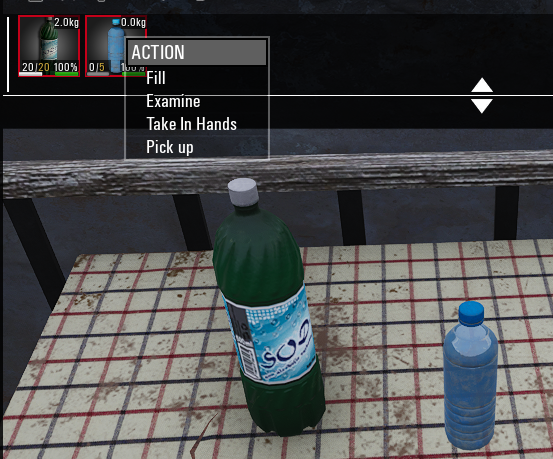 Don't want to carry an entire gasoline canister with only 6 uses? Fill that empty Lime Soda in your inventory with gasoline!

You want to gather some fuel reserves at the gas station but don't have a gasoline canister? Those 11 empty water bottles will do the trick!

By holding "F" on a container with liquid, you have 2 new options - Check and Spill.

By using the "Check" function you will get a notification telling you which liquid is in the container.

By using the "Spill" function, you will spill its contents on the ground, allowing you to fill it with a different liquid. 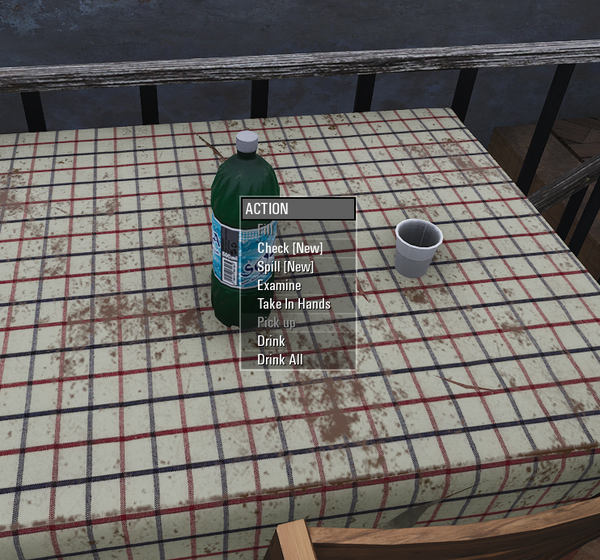 You also do not have to trek to the nearest shore or lake or river to wash you clothes, you can now scrub that blood off at any well! Squeaky clean!

No longer will you have to fret about sneaky squadmates grabbing stuff from chests and vehicles they shouldn't have access to! 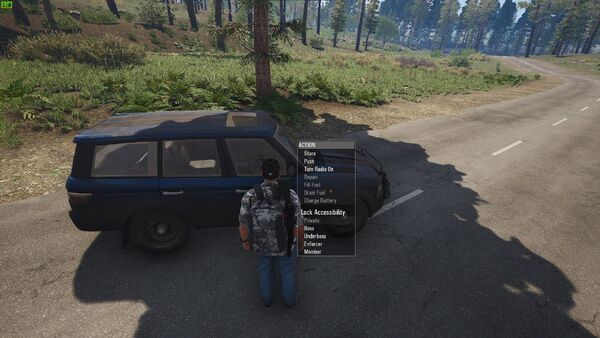 Now you can set specific permissions for locks on vehicles and chests in regards to the squad rank!

If you want a chest or vehicle to be locked for everyone regarding of squad rank, you have the "Private" option.

The squad ranks from highest to lowest are as follows:

The person who placed the lock on the chest or vehicle will always have access to it.

Weapons and attachments, always had a special place in our hearts. Everyone likes to costumize their weapons their own way so we added 2 more attachments to the roster.

2 new suppresors for all you loud ninjas out there, one for the Mosin Nagant M1891 and one for the Kar98 rifle. These can be found in WW2 bunkers, just be careful with the mines! 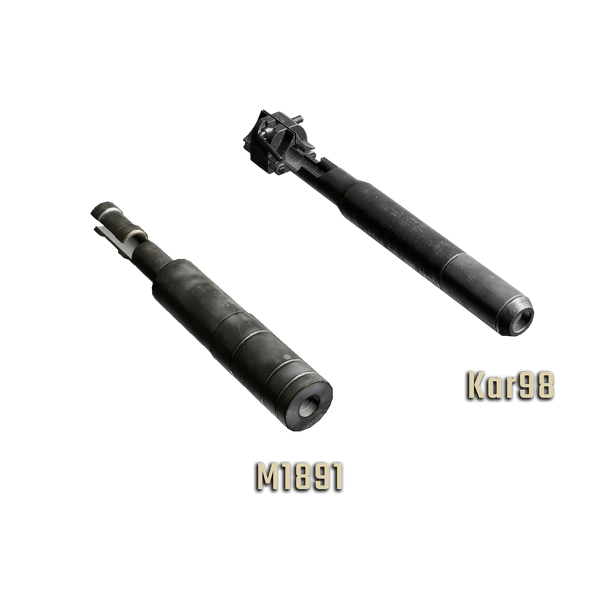 We have a new feature incoming for Private servers, and a highly requested one. You can now officially set up your own PvE zones! 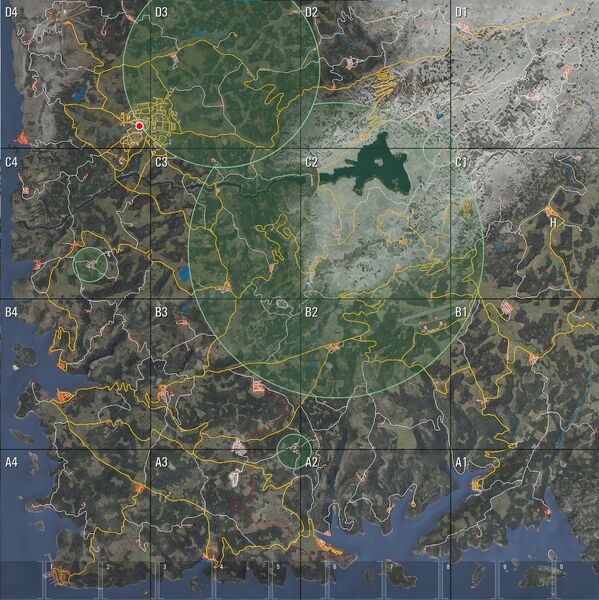 Something new you should find in your server settings is a section dedicated to Custom PvE Zones.

They work similar to how you setup custom zones to play in. Set your X and Y coordinates where the center of the zone will be, set the radius of the zone, determine which types of damage do you want to block or allow, and give your zone a cool name!

Server needs to be restarted after each change .

The following damages can be blocked or allowed:

And yes you can setup each zone differently.